The three-level generation of traces Area->Flows->Attractiveness enables to reproduce a general behaviour of traffic for an area as well as a specific behaviour, dependent on specification of the input data.

VehiLux outputs an xml file with sets of trips of individual vehicles over the requested time period that is compatible with SUMO simulator. A trace is determined by a start time and a sequence of road segments.

The generated traces are compatible with SUMO simulator.

The snaphots of of running the simulation with the generated traces for Luxembourg country are presented below: 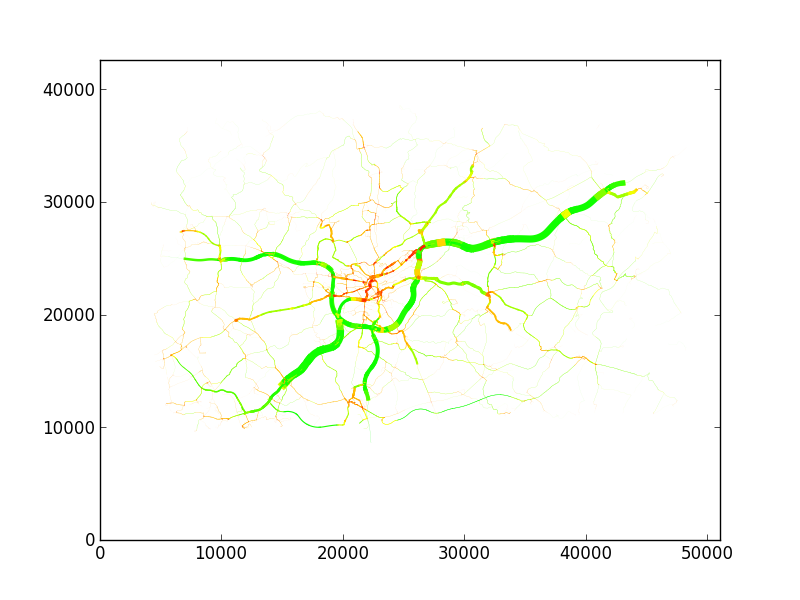 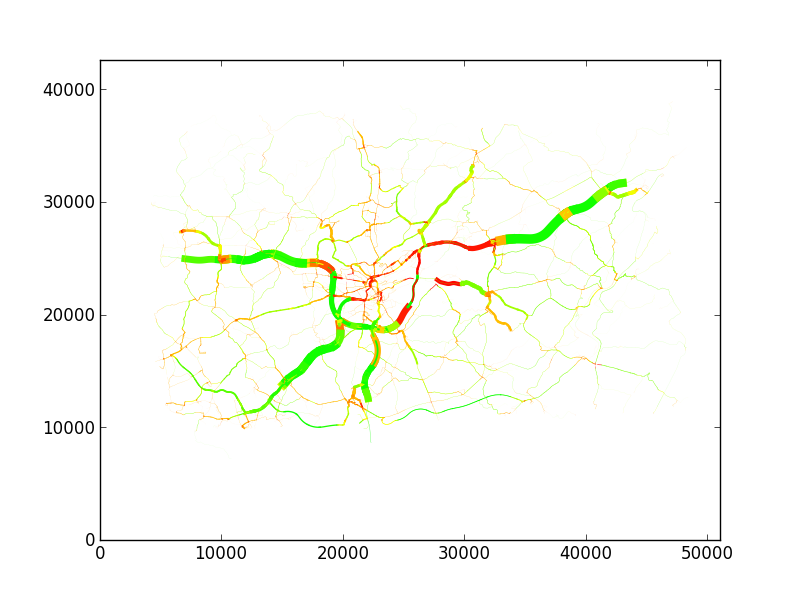